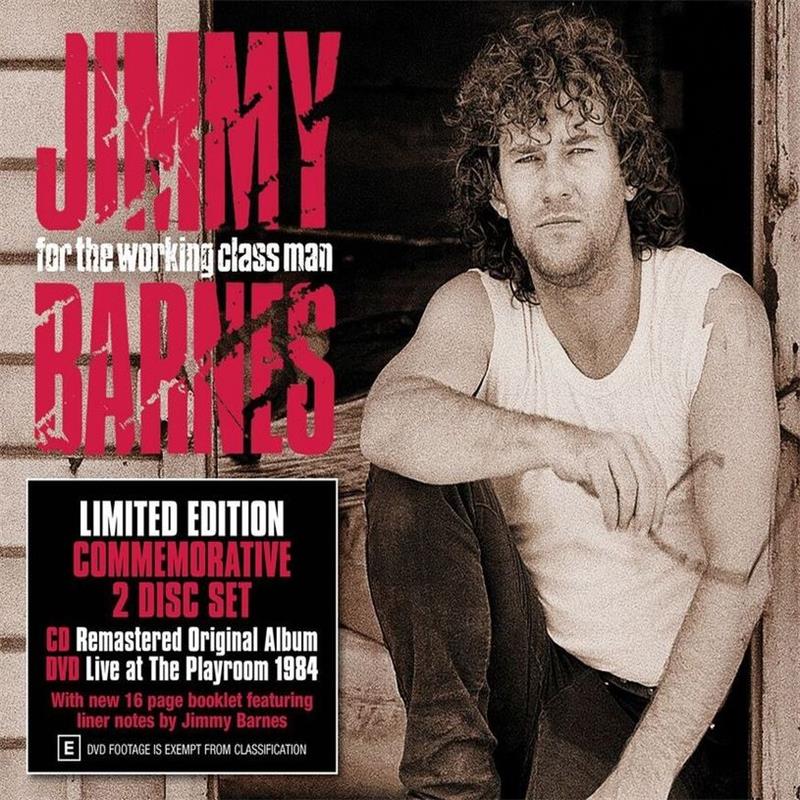 This commemorative version of one of the greatest Australian rock albums of all time ‘For The Working Class Man’ will be available for a limited time only, and is released to coincide with the soon-to-be bestselling book of the same name!

CD –
The original 1985 recordings totally re-mastered by Don Bartley, who undertook an exhaustive analogue process including the use of 1/2″ tape to keep dynamics and clarity intact, maintain the punch of the original mixes and create some natural harmonics while still allowing for competitive levels.

DVD –
When Jimmy Barnes quit Cold Chisel in 1983 he was a young man in a hurry. He was one of the most popular performers in the country and a fearsome singer.
At 29 years of age he was also blossoming as a songwriter. He had energy to burn. Within six weeks of going solo, Jimmy had a band and was on the road. Heavily based in raw blues and rock, the band and the album Bodyswerve were Jimmy’s training wheels period. Produced by Mark Opitz, the album was #1 on release and Jimmy was speeding up.
This 1984 performance from the legendary Playroom in Queensland captures the raw energy and musical potency of that period. It has never been commercially released.

The CD booklet has also been expanded to include previously unseen photos from the original shoot by Patrick Jones, plus exclusive liner notes and a track by track commentary from Jimmy Barnes recapturing the stories behind these classic songs.