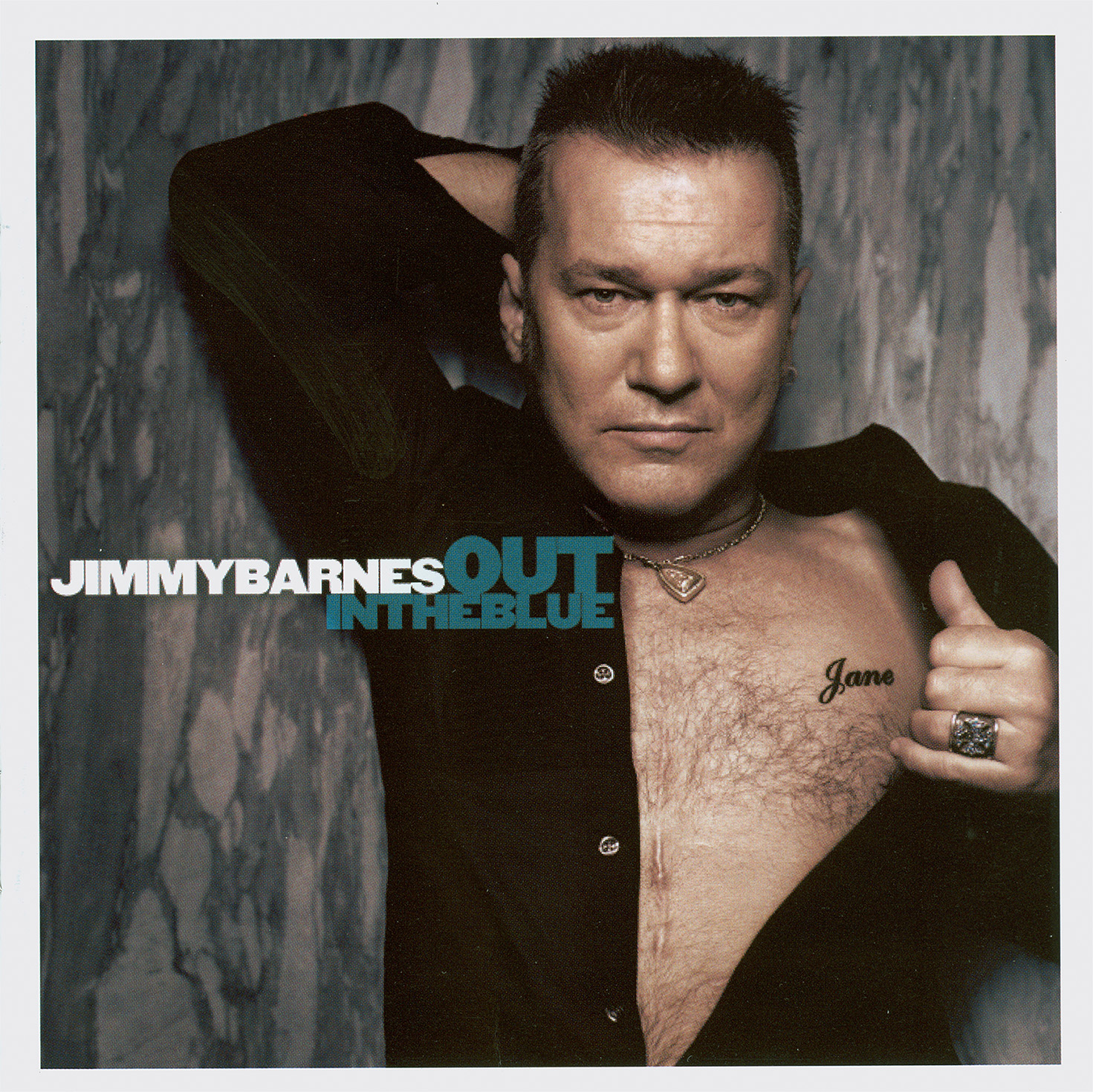 OUT IN THE BLUE

OUT IN THE BLUE is Jimmy Barnes’ 13th studio album, following the multi-platinum album DOUBLE HAPPINESS which put Jimmy back at the Number One spot on the ARIA charts. The 12 new songs were recorded with producer Nash Chambers (Kasey Chambers, Troy Cassar-Daley) and starts a new chapter in the career of Australia’s most successful singer.

Most of the album was written early in 2007 when Jimmy was recuperating from open-heart surgery. “People say something happens from ‘out of the blue’, says Jimmy. Well; I felt for a long time after the operation that I wasn’t coming back from ‘out in the blue’. And I was in bed one night and I wrote this set of lyrics. And basically that’s the story of my life – I’ve been out in the blue. My only lifeline has been Jane my wife. I’ve been out there and she helped pull me back in – and I really like being back in!”

The operation forced Jimmy to slow down and he says, “suddenly a floodgate opened. I guess after being close to death this whole creative urge came back. This is the first new album of my own material that I’ve made since 2001, so for me it was about progressing as a writer and a singer and trying to make better records. With this record I think the songwriting has come ahead leaps and bounds, he says. I think the singing has improved too.”

Jimmy has written the bulk of the new material himself. Some others grew out of collaborations with friends such as Tex Perkins and Nick Barker. Neil Finn wrote the track, Blue Hotel especially for this record. And following on from the DOUBLE HAPPINESS experience, there are also contributions from children Jackie and E.J Barnes.

When it came time to actually record, Jimmy wanted to workwith a new producer for the first time in more than a decade.Nash Chambers had recorded Bird On A Wire, Jimmy’s duetwith Troy Cassar-Daley from DOUBLE HAPPINESS. “I like Nash’s work. It reminds me of the production that we used to get with Cold Chisel. It’s pure, it’s honest, and it’s organic. We were aiming for a record that you can put on in five or ten or twenty years time and it will still sound good.”

Nash suggested guitarists Jim Moginie of Midnight Oil and session veteran Mark Punch, with Chris Haigh on bass and Jackie Barnes on drums and piano. The tracks were cut in an astounding eight days. It’s a different sound for Jimmy. “I have a recording studio at the back of my house so because I was writing the songs up in bed while I was recovering I knew couldn’t shriek like a banshee when I got into the studio, so the songs are a lot more melodic, he explains. They’re still tough, but I kept the keys down just because of the character of the songs, and it seemed to fit.”

This is very much a rootsy, rock album with rockabilly shuffles, powerful ballads and flat chat rock ‘n’ roll. And producer Nash Chambers has clearly left his mark on it. Thematically, it’s a record about coming back from the brink and enjoying life to the full. “There was a sense that there was a light at the end of the tunnel, Jimmy says, and adds, but luckily it wasn’t a train!”

As well as regular live shows, Jimmy recently appeared in the hit ABC-TV documentary CHOIR OF HARD KNOCKS and is also presenter on top rating Max TV program, THE KNOW.

Jimmy Barnes is definitely back.