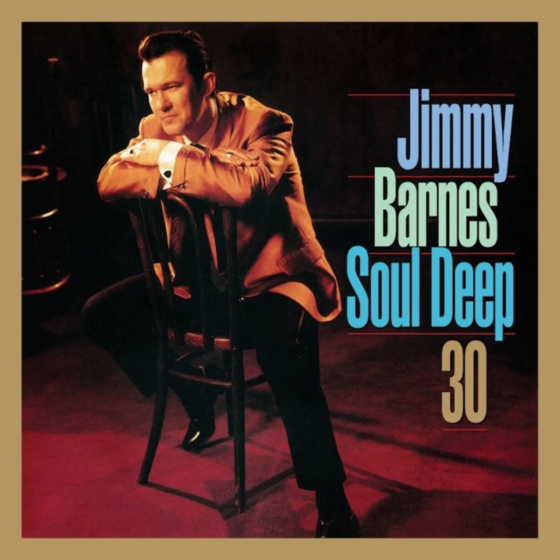 This album is available for pre-order now

Classic Australian albums don’t come any bigger or better than Jimmy Barnes’ Soul Deep. The trailblazing collection of sixties R&B was certified 10 times platinum in Australia, won the 1992 ARIA Awards for Best Male Artist and Highest Selling Album and remains the highest-selling album ever for both Jimmy Barnes and Mushroom Records. This iconic collection has now been re-imagined and extended for its anniversary suitably titled Soul Deep 30 (released Friday 3 June via Bloodlines).

Alongside the 12 original Soul Deep recordings, which have been remastered by Bob Ludwig, Soul Deep 30 includes 3 brand-new recordings, produced and mixed by Kevin Shirley: ‘Soothe Me’ (a blistering version of the 1967 Sam & Dave classic, featuring the legendary Sam Moore himself), ‘Do You Love Me’ (with the soulful vocals of The Teskey Brothers’ Josh Teskey), ‘Reflections’ (with the unmistakable vocals and guitar stylings of Ian Moss), plus a brand-new rock version of ‘I Gotcha’. The album is available for pre-order here now.