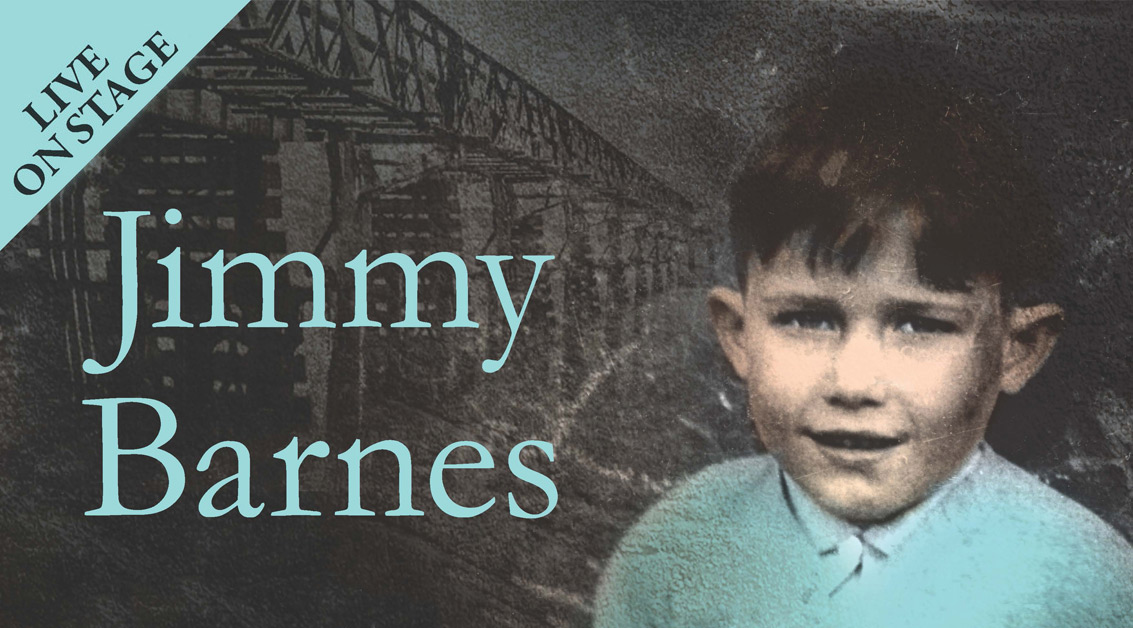 Rock icon and bestselling author, Jimmy Barnes, is about to head out on the road for the final leg of the Working Class Boy: An Evening of Stories & Songs tour and today he announced the very last ‘Stories & Songs’ show will be at Sydney’s State Theatre on 12 April 2017.

With recently announced encore shows in Sydney at the Enmore Theatre and Joan Sutherland Performing Arts Centre in Penrith now SOLD OUT, this final State Theatre show will be the last chance to experience Jimmy telling stories from his #1 bestseller, Working Class Boy, live on stage. This final show will be filmed for future film and television broadcast and promises to be an extra special event.

The ‘Stories & Songs’ shows see Jimmy Barnes, surrounded on stage by his children Mahalia and Jackie and son-in-law Ben Rodgers, bring the book to life, while baring his heart and soul. The shows have received unanimous rave reviews including:

“A powerful, deeply emotional and transformative production” – The Daily Telegraph

“A sophisticated and very moving piece of storytelling” – The Daily Review

“… anyone seeking an emotional, dark, funny, exciting theatrical event — and a powerful singer still in great voice — will be thrilled” – Sunday Mail SA

“You know you’ve been to a pretty good gig when the songs of your youth are redefined. That is just what this old Cold Chisel fan is feeling right now after spending a wonderful 150 minutes listening to Australian rock great Jimmy Barnes tell his life story with yarns and song” – The West Australian

Fans seeking tickets for Jimmy’s shows are reminded to only buy tickets from the official ticket agents listed at www.jimmybarnes.com/tour-dates/ so as to avoid “reselling” sites who typically advertise heavily online and often mislead consumers into paying much higher prices than necessary.

Appropriately the tour has been drawing attention to the great work of the Luke Batty Foundation (www.lukebattyfoundation.com.au). In addition to providing relevant information online and at all of his shows Jimmy also encourages everyone to support former Australian of the Year Rosie Batty’s campaign to end family violence by signing up at www.neveralone.com.au

The Working Class Boy audiobook was written and read by Jimmy Barnes and recorded at his home studio and is only available as a digital download from his website (ie: not from any other online stores) here. Click here to listen to a sample.

Tickets to this special State Theatre show go on general sale at 10.00am local time on Wednesday, 8 March 2017.

Ticketmaster Members pre-sale: Tuesday, 7 March from 9.00am local time until Wednesday, 9 March at 9.00am (or earlier if pre-sale allocation exhausted)