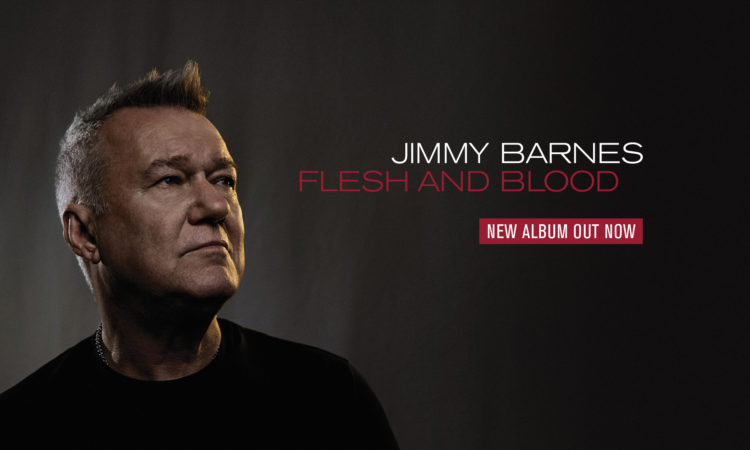 Stellar reviews for the album have already begun rolling in:

“Nearly three decades after his acoustic collection Flesh and Wood, Flesh and Blood is a rocking affair, a sure-footed set of songs that sits comfortably alongside his classic ‘80s solo work… He remains at the top of his game.” – STACK

“The strident Springsteen-esque title track was a taster that this ‘acoustic’ album was never going to be too mellow.” – Herald Sun

“Flesh and Blood is warm, assured and sounds like Barnes is spending his 65th year in a state of grace.” – ★★★★ The Australian

To celebrate the release of Flesh And Blood, fans are invited to join Jimmy and his wife Jane, together with members of their family, for a unique online album launch this Saturday night. The event will see the ever-revolving cast of “The Jane Barnes Band” take half a dozen songs from Flesh And Blood and strip them back for intimate live performances around the family piano. The free live stream will be a special extension of the regular at-home performances by Jimmy and Jane (performing as “The Jane Barnes Band”) over the past 15 months, which have attracted more than 100 million views. Some highlights from these previous performances feature on a bonus DVD with the deluxe version of Flesh & Blood so it’s a particularly apt way to launch the album. The free live-stream will kick off at 6:30pm AEST on Jimmy Barnes’ Facebook.

Recorded with his extended family, the theme of family is evident throughout the album. The title track lead single, which has been smashed by rock radio across the country, is written about “seeing the best and worst of me” in his own children. The next single ‘Around In Circles’ is “about trying to make sense of all the bad things that you’ve done,” Jimmy explains.

Watch the video for Around In Circles

Although Flesh And Blood is a quasi-sequel to 1993’s Flesh And Wood, it typically in-your-face on many levels. Jimmy told the Herald Sun’s Cameron Adams, “I did write the songs on acoustic guitar, and I don’t know if it was something to do with the times we live in but it’s become the most aggressive acoustic record ever made. The loudest acoustic album of all time,” he says with a grin.

Frontier Touring wishes to advise that due to on-going uncertainty around COVID-19 and possible border closures, Jimmy Barnes’ July-August Flesh And Blood Tour will be rescheduled to September 2021.  The new September dates will be announced Monday 5 July. Head to frontiertouring.com/jimmybarnes for all the tour information. 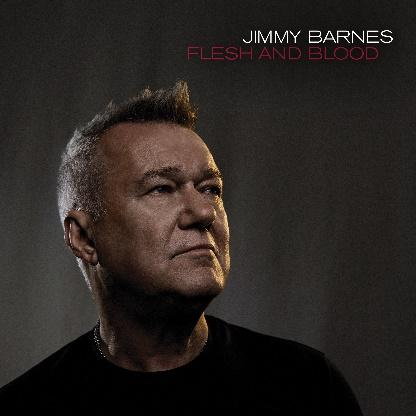