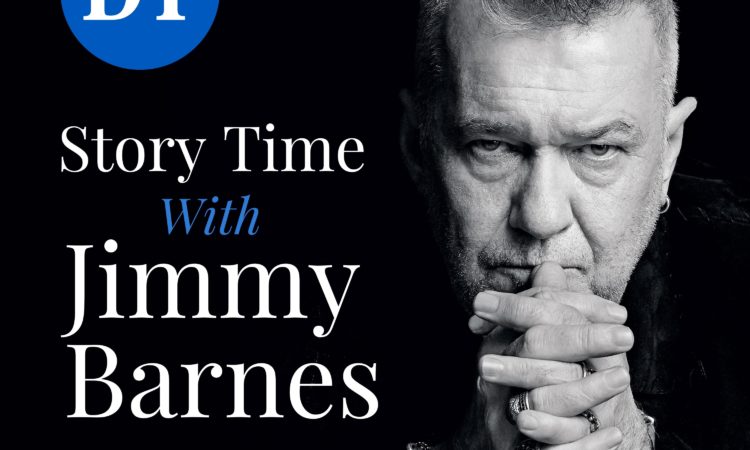 THE night Jimmy Barnes met legendary American civil rights activist Rosa Parks kicked off with an awkward semi-naked encounter, the Australian rocker reveals in his new podcast. In the first episode of his Story Time with Jimmy Barnes podcast, which debuts this weekend, Barnes details his extraordinary meeting with the courageous icon at a celebrity-studded dinner party at the Californian home of his friend, New Age guru Deepak Chopra in the mid 1990s.

With wife Jane and then five-year-old daughter Elly May, Barnes had travelled to San Diego for the party and was having a pre-dinner shower when there was loud, persistent knocking at the door of his hotel room. “I was in the shower and they kept banging … the door was coming off the hinges,” he recalled.“There were two guys with horn-rimmed black glasses, really sharp-cut, coloured suits and I shouted ‘What the f*** do you want?’” As Barnes awkwardly wrangled his towel which was threatening to fall down, the men explained they were there to pick up “Rosa”.“I didn’t know who they were talking about, I didn’t know then Rosa Parks would be at the party … I was pretty rude and short because I was saturated and sliding down stairs,” he said.

A few hours later at the soiree where fashion designer Donna Karan, billionaires and scientists were mingling, Chopra introduced Barnes to the civil rights legend, who was seated quietly on a couch. “I was pretty starstruck and standing right behind her were the two men in the glasses and sharp suits – it turns out they were Rosa’s bodyguards,” he said. “And if looks could kill, they just wanted to murder me.”As he also details in his upcoming third memoir Killing Time: Short stories from the long road home, Barnes later paid tribute to Parks at the party by singing In The Upper Room by famed gospel singer Mahalia Jackson, who he named his daughter after. In a sneak peak of the first podcast episode, the best-selling author chats with Elton John’s production manager “Sneaky” Peter McFee who has been a member of the extended Barnes clan for more than 30 years. McFee reveals his former boss – he toured with Barnes for many years early in his solo career – was often terrified before going on stage. “Jimmy used to be so nervous about going on stage, shaking just about,” McFee said.“Give him some vodka and whatever and bang, he’d go straight out there and he was all right.”

You can preview the first episode of the Story Time with Jimmy Barnes podcast at storytimewithjimmybarnes.com.au. Pre-order Killing Time: Short stories from the long road home, released by Harper Collins on October 7, via jimmybarnes.com