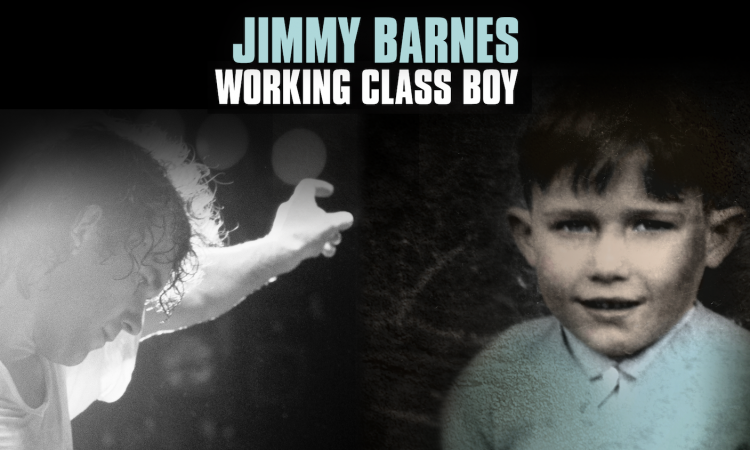 The biggest ever Australian Documentary Release – Launching this Thursday

Following its world premiere at the Melbourne International Film Festival last week, the new feature documentary Jimmy Barnes: Working Class Boy will be released in cinemas nationally from this Thursday, 23 August on over 220 screens across the country, making it the biggest Australian documentary release in history, and the biggest documentary release since Michael Jackson’s This Is It in 2009.

The companion album, Working Class Boy – The Soundtracks is OUT NOW on Bloodlines Music with Jimmy Barnes giving his royalties from the album sales for this year to help drought relief efforts.

Jimmy explains, “Like so many Australians the media images of farmers in crisis have made my family and me want to do something to help with drought relief. There are lots of benefit gigs and other things being discussed right now and we’ll do what we can for those in due course. In the meantime, as an initial gesture, we wanted to let you know that we’ll be donating all of this year’s royalties from the “Working Class Boy” soundtrack to drought relief charities”.

Acclaimed director Mark Joffe (Jack Irish, House of Hancock, The Man Who Sued God) has crafted an unflinching, powerful and transcendent documentary that is raw, confronting and at times darkly funny. Jimmy insists he was nervous to see his life played out in film, but knew his friend was the man for the job.

“I trust Mark artistically and emotionally, we’ve been through a lot together and he’s a close, dear friend. I knew he would do a good job and to be honest, he’s exceeded my expectations,” said Barnes.

The film explores Jimmy’s childhood as he retraces his earliest steps through the hard streets of Glasgow before reliving his South Australian upbringing all while uncovering the deep and raw themes of domestic violence, poverty and alcoholism.

This landmark feature documentary is based on Jimmy’s acclaimed memoir, Working Class Boy. His self-penned book won the 2017 ABIA Award as Australia’s ‘Biography of The Year,’ and spent a staggering 16 weeks at #1. It sold over 250,000 copies, making it one of the biggest autobiographies in our country’s history.

Working Class Boy: The Soundtracks is out now on Bloodlines Music. Click here to order your copy.

Jimmy Barnes: Working Class Boy is produced by CJZ with principal funding from Screen Australia, with the assistance of Create NSW. It releases nationally in cinemas from Thursday, 23 August for a limited release through Universal Pictures. To view the trailer, go to here. A full list of screening locations can be found here and imagery available here.