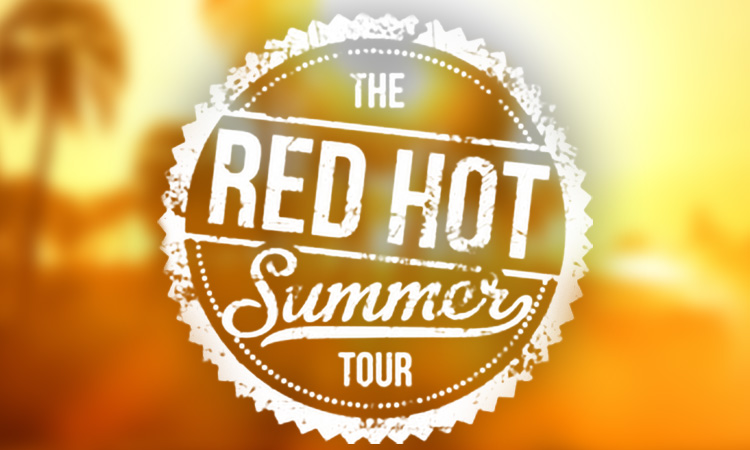 THE RED HOT SUMMER TOUR ANNOUNCES ITS BIGGEST LINE UP EVER

THE RED HOT SUMMER TOUR ANNOUNCES ITS BIGGEST LINE UP EVER

RED HOT SUMMER TOUR promoter Duane McDonald says the 2016 festival will be huge, with 15 shows booked. “We always receive requests from audiences in regional areas to bring the tour through their town,” he says. “This year we have expanded to take the RED HOT SUMMER TOUR to new areas and new venues, which makes it the biggest run we have done for the tour to date. We can’t wait to get out on the road in 2016.”

The RED HOT SUMMER TOUR always sells out well in advance, and year after year it has been proven to be one of the best value for money concert experiences in Australia. Music fans are recommended to get in early to secure their tickets so they don’t miss out on one of the biggest line-ups of Australian music royalty to share the same.

Members of my fan newsletter will have exclusive access to fan pre-sale tickets this Tuesday September 22nd at 12pm (local time), before going on sale to the general public at 9am on Thursday 24th September 2015.

Access to this special pre-sale link will be sent out tomorrow (Monday September 21) evening so make sure you check your inboxes for your access link.